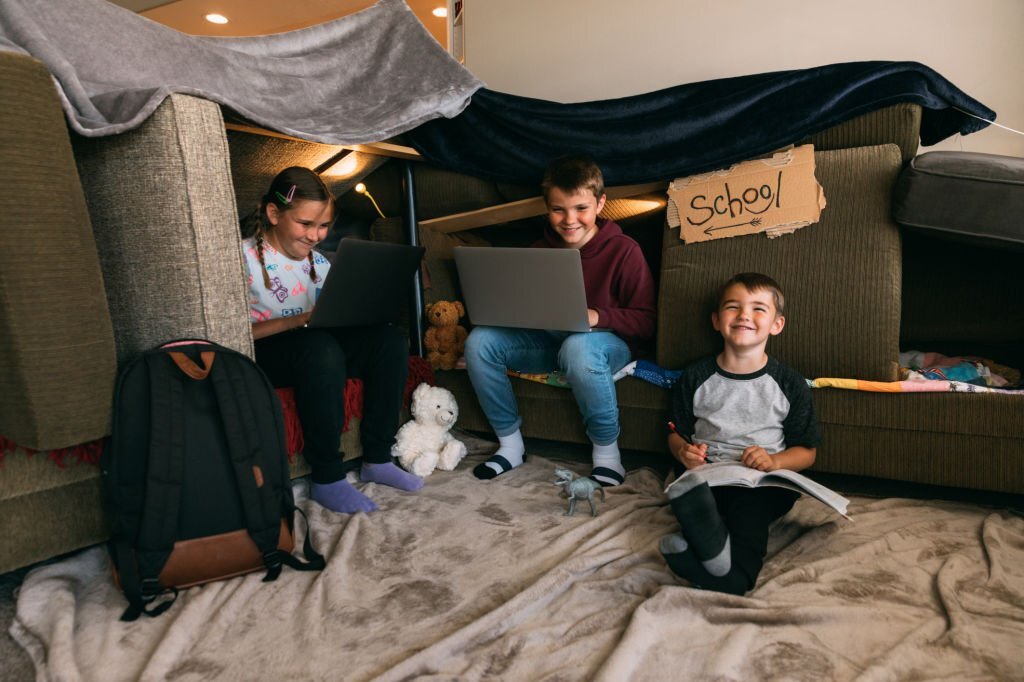 Young children are working on schooling and homework from laptops inside a home. They sit inside a homemade couch fort trying their best to replicate their elementary educations while at home during the coronavirus pandemic and social distancing guidelines. Image taken in Utah, USA.
Education

Why Home Tuition Are Popular in Pakistan : Know the Reason

The economic situation of Pakistan is complex, and the current state of affairs is in flux. The country is facing numerous challenges that have contributed to high levels of poverty and a struggling economy. In recent years, Pakistan has seen declines in key economic indicators such as GDP growth and job creation. Despite this, there are some positive signs for the future as efforts to improve the business climate have been implemented by the government.

At present, it is estimated that almost a quarter of Pakistan’s population lives below the poverty line with an unemployment rate standing at 6%. A number of factors have contributed to this concerning situation, including inflationary pressures due to rising energy costs and structural weaknesses within the banking system leading to lower levels of credit available for investment in businesses. There are also geopolitical tensions with neighboring countries which have had a detrimental effect on trade and foreign direct investment.

The Impact of Economy on Education

The economy of Pakistan is a complex entity that has experienced successes and setbacks in recent years. It has been one of the fastest growing economies in Asia, with an annual growth rate of 4-5% over the past decade. However, it has also had its fair share of economic difficulties due to factors such as political instability, inflation, and external pressures from other countries. This has had a direct effect on the education system in Pakistan, with changes in educational access and quality due to economic fluctuations.

The educational system in Pakistan is heavily reliant on government funding from both national and provincial sources. When there are slowdowns or downturns in the economy, this can have a major impact on school budgets leading to cuts in staffing or resources for students. There have also been reports of students dropping out due to financial hardship caused by economic issues.

Tuition services have become an integral part of Pakistan’s education system. From villages to cosmopolitan cities, such as Karachi, Rawalpindi and Islamabad, a number of tuition services are available for students to access. These include coaching centers, academies, home tuition and online classes that offer additional educational support.

As education becomes more challenging, students need additional support to achieve their academic goals. It is crucial for students to get after-school education to overcome this problem. In spite of this, choosing the right after school tuition may be a challenge for parents.

Due to current global pandemics, more and more parents are seeking out additional educational support for their children through home tuition services. The trend is likely due to the fact that home tuition provides greater flexibility for students who may be unable to attend traditional schools due to health or safety reasons. Home tuition also ensure that students receive individualized attention and guidance from qualified instructors, allowing them to get ahead in their studies.

The Reason of Home Tuition Becoming Popular in Pakistan

Here are the following reason behind the popularity of private tuition:

Many new graduates end up providing individual tuition to young children due to high unemployment rates and limited employment opportunities in the country. They do this by visiting families at home, which prefers to have private tuition in a safe environment.

It is possible that the private tuition model can save a large number of families a lot of money on their fuel costs if developed as a substitute for sending children to school. Families may not notice much of an impact on their budgets, but as Pakistan is experiencing fuel shortages in petrol, diesel, and compressed natural gas, there will be implications for the consumption of gas and petrol.

A major problem in large cities is traffic congestion, Especially in areas where there are many private schools and colleges. If the children have to go away for tuition after school and colleges it becomes very difficult due to the traffic issues. As an alternative to dealing with this issue, homeschooling offers a solution. Due to the popularity of in-home tuition. It’s easy for children to hire a home tutor in Rawalpindi, Islamabad, Karachi or any other city in Pakistan, so they can learn effectively without any hassle.

A new technology-based model of learning is set to replace traditional schools, colleges and universities. By focusing on what children want to learn instead of what the system wants them to learn, businesses can help in developing a new model of education based on a futuristic view of education.

In order to make this model work, it must be implemented at the highest income levels, and then trickled down to all income strata.