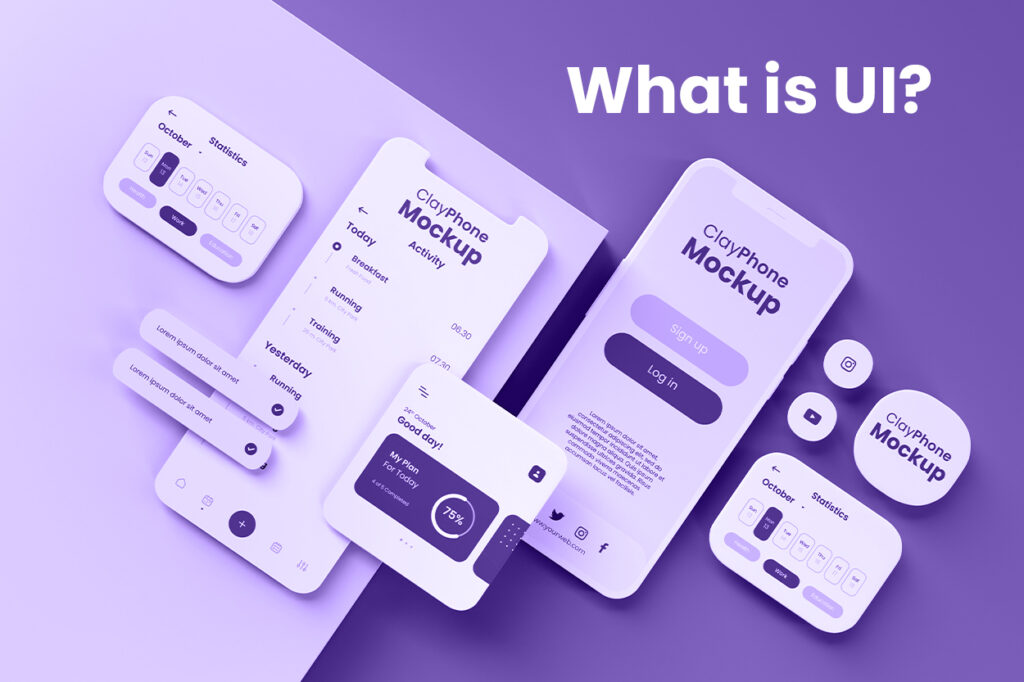 It focuses on the interaction between users and them. UI design aims to provide a user-friendly interface and a pleasant experience. To do this, UI designers need to understand the user’s needs and how they interact using software.

UX deign aims to provide a user-friendly interface and a pleasant experience. UX designers need to understand the user’s needs and how they interact using software in order to achieve this.

You may like: Making a Significant Understanding on Workforce Software Management System

The user interface (UI), design is the creation of interfaces in software that allow users to interact with the software. This involves creating the physical hardware (the actual machine) and the software interface (the way the user controls the program or device).

These terms are part of the human-computer interaction ( ) field of study, which studies the creation and interaction of computer technology. HCI studies specific areas like UCD, UI and UX design.

Some professionals have chosen to become UI and UX specialists due to their increasing emphasis on user experience. Some languages, like HTML or CSS have been design to make it easier to create an excellent user interface.

Early computers had very limit user interfaces, with the exception of a few buttons on an operator’s console. Many early computers use punch cards that were prepare with keypunch machines as their primary input method for data and programs. Although punched cards are almost obsolete in computing, some voting machines still use punched cards.

With the introduction of the command-line interface, the user interface changed. It was a blank screen that displayed a line for input. To navigate information exchanges with the computer, users relied on a keyboard as well as a set commands. The command line interface resulted in menus, which are text-based lists of options.

Windows, buttons, scroll bars, and icons are all elements of a GUI. Multimedia is becoming an increasingly important part of GUIs for many applications. Sound, voice, motion video, and virtual reality are all increasing in popularity.

What has changed in UI/UX design over the years?

Since the dawn of computing, UI design has changed significantly. In the 1970s, the first GUI (graphical user interface) was created. This was a major breakthrough in UI design, making the software more user-friendly. GUI was quickly adopted as the standard in software interaction.

This was due to the rise in popularity of the World Wide Web. In 1991, Tim Berners-Lee created the first web-based interface. As new technologies have emerged, UI design has evolved over the years.

Mobile devices have made UI design more accessible in recent years. Apple Newton was the first mobile device, and it was released in 1993. Mobile devices have grown in popularity since then. The iPhone was released by Apple in 2007. It revolutionized the mobile market. The iPhone was the first smartphone to offer a graphical user interface that looked similar to a desktop computer. It was much simpler for users to use software on their smartphones.

What is the secret to a great UI/UX design and how do you achieve it?

Good UI/UX design requires a few key elements. It is important to understand the user’s needs. What is the purpose of the software for users? What tasks are they required to complete? What information should they be able access? These questions will assist UI designers in creating an interface that is both effective and user-friendly.

Facebook is another famous example of a well-designed UI/UX design. Facebook’s simple interface was a key reason it became so popular. Facebook also made it possible for users to connect online with their family and friends.

Twitter is another example a great UI/UX design. Twitter was launched in 2006 and quickly rose to be one of the most popular social networking sites. Twitter’s simple interface was what made it so popular. Twitter also allows users to send short messages to their followers.