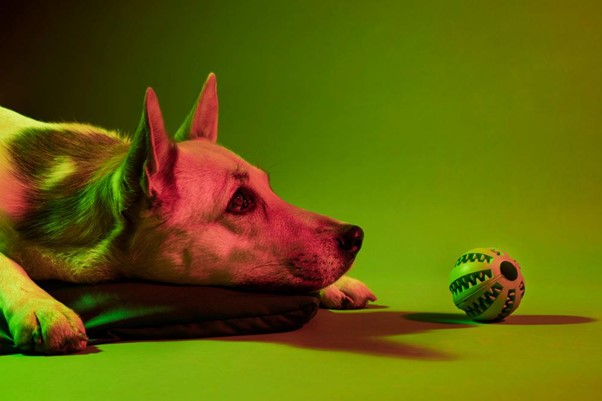 What Do You Know About Sable German Shepherd?

If you want to have a German Shepherd that has other amazing characteristics and looks, then a Silver Sable German Shepherd is the best option that you can have. You are wrong if you think this breed is a crossbreed like a Mini Goldendoodle.

The Sable German Shepherd is a variation within the breed. So, all the characteristics and benefits are pure. German Shepherds are one of the most famous dog breeds in the US. They are full of trainability, intelligence, loyal, and excellent guard dogs.

If you are planning to have one, this article is for you.

There is no such difference between a standard German Shepherd and a Silver German Shepherd. The only difference is the distinctively colored coat. The breed is large. The male can reach up to 26 inches and weigh around 75 to 95 pounds.

On the other hand, the females are a little bit smaller. They can measure up to 24 inches, and their weight can go around 55 to 75 pounds. The shape of their head is like a domed, square, and long muzzle. Their ears are erect they have long necks.

The German Shepherd has long, bushy hair. They have a two-layer coat, one is denser and thick, and the undercoat is soft. Their outer coat can be medium to long. The most common color of this breed is red and black or tan and black. The other variation of colors are white, silver, liver, panda, blue, and obviously sable.

The breed is also called the Alsatian. And you can find similarities with wolves. The origin of the breed was Germany, and the purpose was to herd sheep. From the beginning, the breed has been popular, and since then, German Shepherd has been used for search and rescue and military and police use.

Read More:   The Most Interesting Facts About Muree

They are intelligent and trainable, and they have immense strength. The breed has existed since 1850. The perfectionist behind German Shepherd was Max von Stephanitz. He had around 84 German Shepherd puppies.

The color of a German Shepherd doesn’t make any difference when it comes to their temperament. They are self-assured, active, eager to learn, and, most importantly, intelligent. Also, they are loyal and obedient, which makes them ideal dogs.

German Shepherds are also good for families, they are fun-loving and playable too. If you have children in your family, then don’t hesitate to buy one. But you should take a good care of them. And always check for animals with down syndrome.

They show protective behaviors toward their loved ones. They are always watchful. If they sense any danger, they will definitely bark. Although German Shepherds are not aggressive, they can be dangerous if someone tries to poke them or tries to do any harm to their loved ones.

German Shepherds are very active and playful dogs. So they need a lot of mental stimulation and physical exercise in order to thrive. They also work as working animals. If you are planning to pet a German Shepherd, then you can give challenging tasks.

German Shepherds need a minimum of an hour of exercise on a daily basis. But the time will be less when they are puppies. Always remember, you should not over-exercise a puppy, especially when it is from a large dog breed. Naturally, a dog reaches adulthood when they are around 18 months of age.

Most German Shepherds have a life span of more than 10 years. For the size of the dog, it is quite natural that they have a small life expectancy. You should know that smaller breeds have longer lives than larger breeds. If your dog has had a health problem from the beginning, that will affect its development.

Are You Planning To Buy A Silver Sable German Shepherd?

This breed costs more than $1,000 for one puppy. Also, if the breed is pure and healthy, then it can cost you more than $2,000. Because of their coat’s color, they need more attention from other German Shepherds. You also need to take care of their coat.

Before buying a Sable German Shepherd, make sure about these factors.

I think there is a lot of difference between your knowledge about Silver Sable German Shepherd before and after the article. If you still have any questions about them, don’t hesitate to let us know in the comment section.