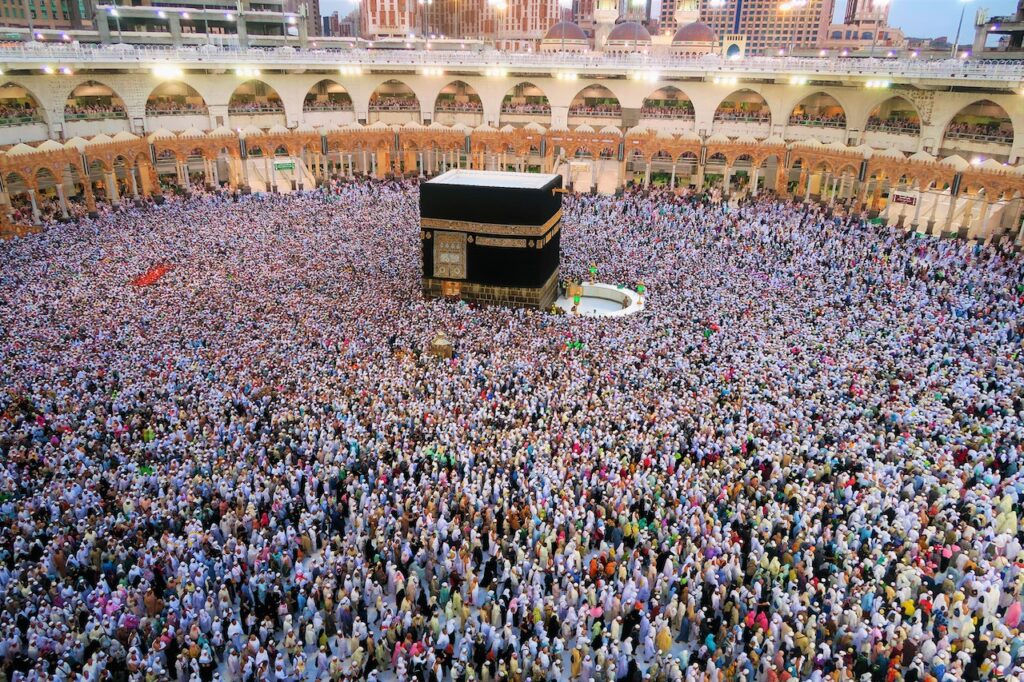 Umrah is a religious obligation that must be fulfilled by all able-bodied Muslims who can afford it. The pilgrimage can be done at any time of year and lasts about three days.

The journey begins with a visit to Mecca, where pilgrims perform a series of rituals such as circumambulating the Kaaba (Islam’s holiest site), walking or running seven times between the Safa and Marwah hills, and drinking from the Zamzam Well. Pilgrims then travel to Mina, where they spend several days praying and participating in other religious activities. Finally, they return to Mecca to carry out additional rituals before returning home.

Many travel agencies and tour operators are offering the Latest Umrah packages 2023 for individuals and groups at different price points. While Umrah is not as mandatory as Hajj (another Islamic pilgrimage), it is still a significant religious obligation for Muslims.

What are the different kinds of Umrah?

Unlike Hajj, which must be performed within the first ten days of the Islamic month of Dhul-Hijjah, Umrah can be performed at any time of year, depending on one’s schedule and needs.

Umrah was one of Prophet Muhammad’s (PBUH) most beautiful Sunnah because it allows one to break free from the materialistic world and draw closer to Allah SWT to achieve tranquility and peace. When describing the significance of Umrah, Allah SWT’s beloved Messenger (PBUH) said, “Umrah is the atonement of all sins.” Aspiring pilgrims must understand the two types of Umrah, as well as their rituals, timings, and rewards.

Umrah al Tammatu, which is associated with Hajj, can only be performed in the last month of the Islamic calendar, Dhul-Hijjah. Because Umrah al Tammatu is dependent on Hajj, performing it with other pilgrims is a form of compensation.

It should be noted that the procedure for both types of Umrahs is identical. It is obligatory to assume Ihram at the lines of Meeqat in both Umrah ul Tamattu and Umrah ul Mufradah. Furthermore, if a person is in Makkah and intends to perform Umrah ul Mufradah, they are permitted to leave Masjid Al-Haram to enter Ihram and make niyat. Here is a comprehensive guide to the two types of Umrahs.

The obligatory pilgrimage to Umrah-al-Tammatu

This Umrah is done in conjunction with Hajj during the month of Zil-Hajj. It can only be performed during Hajj, but before the Hajj rituals begin. Most Muslims find it convenient because they can perform both Umrah and Hajj at the same time/month without having to plan separate schedules for both pilgrimages.

Guidelines and Rules for Umrah-al-Tammatu

1. Umrah-al-Tammatu can only be performed during the Hajj months of Shawwaal, Dhul Qadah, and Dhul Hijjah.

2. Umrah-al-Tammatu must be performed alongside other Hajj pilgrims.

3. A pilgrim may not leave Holy Makkah after performing Umrah Tamattu and before completing the Hajj.

4. Those who already reside in Makkah are exempt from performing Umrah Tamattu. This is according to Surah Al-Baqarah, 2:196.

6. Tawaf an-Nisa is not a required ritual in Umrah Tamattu. Based on precaution, a pilgrim may perform tawaf with prayer.

7. In Umrah Tamattu, halq (head shaving) cannot be substituted for taqsir (hair trimming). Men are only advised to trim because Hajj may necessitate halq.

The obligatory pilgrimage to Umrah ul-Mufradah

Except for Hajj days, the independent pilgrimage, Umrah al-Mufradah, can be performed at any time of year. It is an optional pilgrimage that can be undertaken on an individual basis.

Those who are financially and physically capable are required to perform Umrah ul Mufradah. Umrah ul Mufradah can be performed during the holy months of Rajab and Ramadan, which are considered the two most blessed months.

Guidelines and Rules for Umrah-ul-Mufradah

Every year, tens of thousands of Muslims visit the Holy Kaaba in Makkah, Saudi Arabia, to seek mercy, pray, and renew their faith. Most people prefer to Perform Umrah in Ramadan Even though the two types of Umrah – Umrah al Mufradah and Umrah al Tammatu – are distinct, the rituals are the same.

Several prerequisites must be met to perform Umrah. These are the exact requirements for performing Hajj:

Coorg Tour Package: a guide to this beautiful place