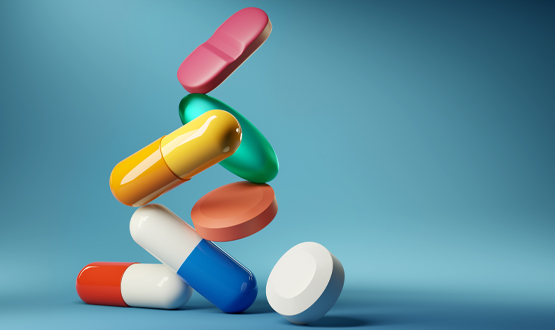 Too Much of a Good Thing? How Ivermectin can Lead to Seizures

Ivermectin is an important anti-parasitic medication used to treat a variety of conditions, including scabies and river blindness. It is safe when used as directed, but too much of it can have serious consequences, including seizures. In this blog post, we’ll discuss how too much it can lead to seizures and what precautions you should take when using it. We’ll also look at alternative treatments that may be available. Read on to learn more about this important topic.

Ivermectin is a medication used to treat parasites, particularly those that cause infections in humans and animals. It is an antiparasitic drug commonly used to treat conditions like river blindness, scabies, and other parasitic diseases. It works by paralyzing and killing the parasites, which can reduce symptoms and clear up infections.

Ivermectin is a powerful medication, so it is important to follow the dosage instructions carefully. Too much of this drug can have serious consequences. It is important to understand the potential side effects of taking too much Ivermectin.

One of the most serious side effects of taking too much Ivermectin is seizures. Seizures are caused by abnormal electrical activity in the brain, which can be triggered by certain medications. Ivermectin can interact with other medications or medical conditions to cause seizures, so it is important to talk to your doctor before taking Ivermectin if you have any underlying health issues or are taking other medications.

What are the side effects of Ivermectin?

Ivermectin is a medication commonly used to treat certain parasitic infections. It is available both over-the-counter and by prescription, and is often administered as a topical cream or lotion. While it is generally considered safe and effective, too much ivermectin can lead to seizures in some people.

Read More:   What are the signs of strep throat in adults?

Seizures are a serious medical condition that can be caused by a variety of things, including drugs and toxins. Ivermectin works by affecting the nervous system of parasites, so when taken in large doses, it can cause an accumulation of the drug in the brain. This can then lead to seizures.

In addition to seizures, other potential side effects of taking too much ivermectin include dizziness, drowsiness, blurred vision, and difficulty concentrating. Some people may also experience nausea and vomiting. If you experience any of these symptoms after taking ivermectin, you should contact your doctor immediately.

How can Ivermectin cause seizures?

Ivermectin is a widely used antiparasitic drug that can be taken orally, applied topically, or injected. It is effective in the treatment of many types of parasites, including those that cause river blindness and scabies. Although it is generally safe and well-tolerated, there are some potential side effects associated with ivermectin, including seizures.

So how can taking too much ivermectin lead to seizures? While the exact mechanism is unknown, researchers believe that an overdose of ivermectin can lead to excessive stimulation of the central nervous system. This overstimulation can cause an electrical imbalance in the brain that results in seizures. Seizures can range from mild to severe, depending on the amount of ivermectin taken and the individual’s sensitivity to the drug.

Who is most at risk for experiencing seizures from Ivermectin?

Ivermectin is a powerful drug used to treat a variety of parasites, including scabies, head lice, and river blindness. While it is generally considered safe when taken at the prescribed dose, there are certain risks associated with taking too much of the medication. One of these risks is the potential for seizures.

People who are most at risk of experiencing seizures from ivermectin overdose include those with neurological problems, those with compromised liver or kidney function, and those taking other medications that could interact with ivermectin. It’s also important to note that ivermectin should not be taken in large doses for long periods of time.

What should I do if I experience a seizure after taking Ivermectin?

If you experience a seizure after taking ivermectin, it is important to seek medical attention immediately. Seizures can be extremely dangerous and should not be taken lightly. While the cause of your seizure may not be clear, it is possible that it is related to the amount of ivermectin that you took.

Once you are in the care of a medical professional, they will do an assessment to determine the cause of your seizure. If the cause is found to be related to ivermectin, they will likely advise you on how to reduce your dosage or recommend other medications that may work better for you.

It is important to speak openly with your doctor about your experience and make sure they have a complete understanding of what happened. It is also essential that you take your doctor’s advice regarding any changes to your medication plan.