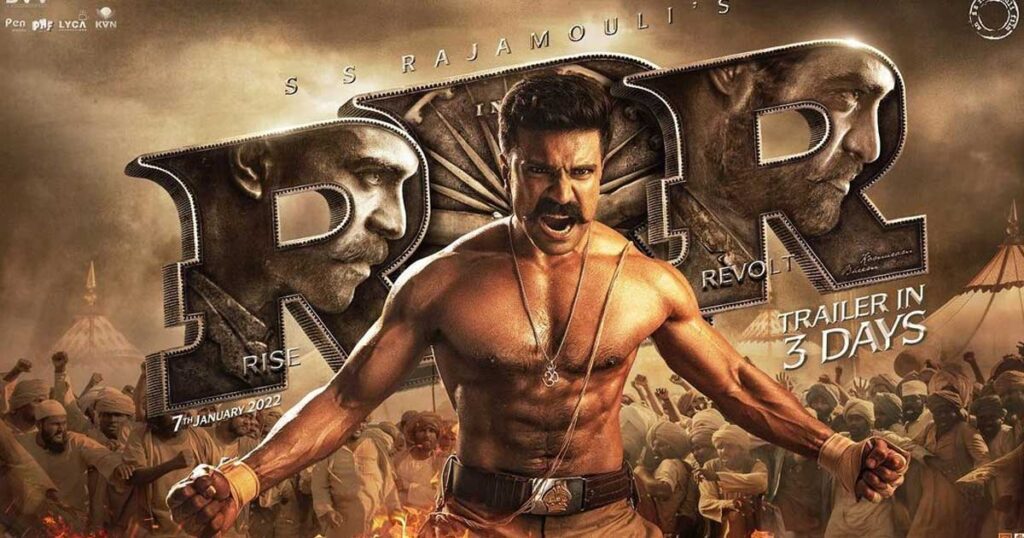 RRR movie has become a super hit, and this movie has broken all the records of earning all over the world. In this movie, the fitness of South Actor Ramcharan is being liked a lot. Ramcharan’s personal trainer Rakesh Udiyar told about his fitness, diet, and workout.

RRR Movie: (SS Rajamouli)’s film RRR broke box office records as soon as released. So far, this film has collected more than 1000 crores. The acting of Jr NTR, Ram Charan, Alia Bhatt, and Ajay Devgan are well-liked with the film’s story. South actor Ramcharan’s fitness is impressive in this film. Whether he has the character of a cop or a freedom fighter, his personality looks fantastic in every role. 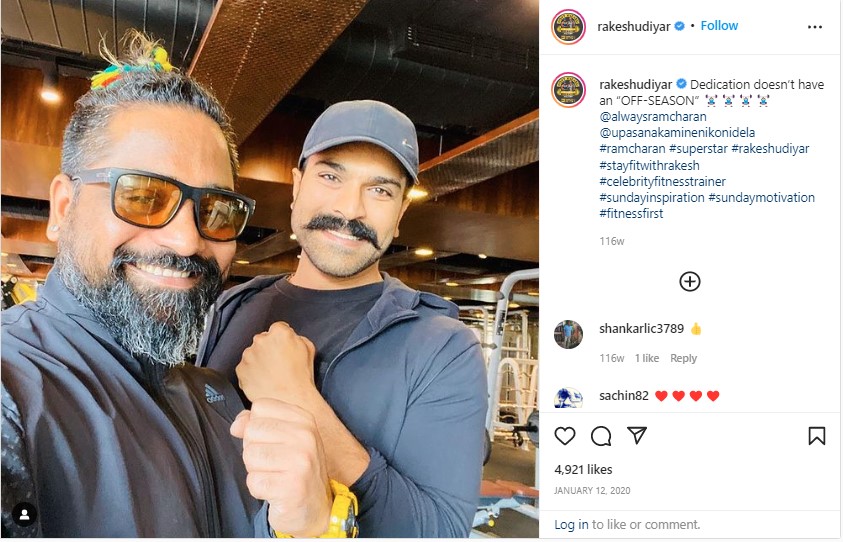 After watching this movie, many people have become a fan of Ramcharan’s body and want to know how did he make such a body? What kind of diet do they take? He shared information about Ramcharan’s diet and workout. He also told how he trained Ramcharan for this movie and how Ramcharan had to work hard to maintain his body.

How was the project of the RRR movie found?

Rakesh says I was called in 2019 to talk on the project on behalf of SS Rajamouli and Ramcharan, sir. I was told that there is a movie in which Ramcharan plays the role of a freedom fighter. Time is short, and Ramcharan has to be moulded according to that character.

At that time, Ramcharan was shooting a movie, so he looked like an ordinary boy. For this, we first planned to prepare for the shoot of Freedom Fighter and for that, I got only 3-4 months.

You must have seen a scene in the movie where Ramcharan is seen fighting with a bow and arrow. His physique in that scene is only the result of his 3-4 months of hard work. After that, we started working hard for the role of a cop. But during this time, there was a lockdown, and then the shooting stopped. He was in Hyderabad, and I was in Mumbai.

He had to gain muscles for the role of a cop, as he also had some boxing scenes in that role. I started giving them online training, and they also tried their best after the lockdown was lifted. We started heavy exercise again. After this, in March 2021, we also shot the final, which the director liked very much.

Ramcharan did not break their diet for 2 years. 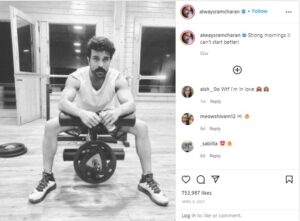 Rakesh says that when the lockdown was imposed, Ramcharan had come in the shape of the body he wanted for the character of the police. But the shooting had stopped at that time due to the Corona epidemic. Then Ramcharan needed to do a diet and workout to maintain his body. Otherwise, if the shape of his body had deteriorated, it would have taken a long time to come back on the same track.

Ramcharan did not break the diet for almost 2 years, and neither did he take a single cheat meal. The reason for this was that taking cheat meals could bring fat to his body, and at that time, he could only do home workouts. So until the shooting of the movie was completed, he followed his diet entirely by that time.

Rakesh Udiyar says that when he was preparing for the character of Freedom Fighter, Ramcharan, according to his rituals, stayed on a vegetarian diet for a few months. We needed to add more nutrition to bring people into their body shape in such a situation. He followed a low carb, low fat, and high protein diet. Because he was on a vegetarian diet and in such a situation, he was put on this diet to maintain protein. His diet was like this:

Read More:   The Best 5 Bollywood Films You Must See Before You Turn 25

Rakesh says Ramcharan’s workout was not that heavy in the beginning. But he used to do weight training. In weight training, he always trained one big muscle and one minor muscle, which helped him get the look of a Freedom Fighter.

After this, due to the lockdown, he also did home workouts. But as soon as the lockdown opened, we started heavy weight training. Along with weight training, he also used to do functional training, which helped tone the muscles and burn fat. But I would like to tell you one thing about Ramcharan, the control he has kept on his diet for 2 years, such control is seen in very few people.