Tuft & Needle Mattress Stores Near Me!

What is FSW in Express Entry?

How Technology Shaping the Future of Healthcare Software Development? 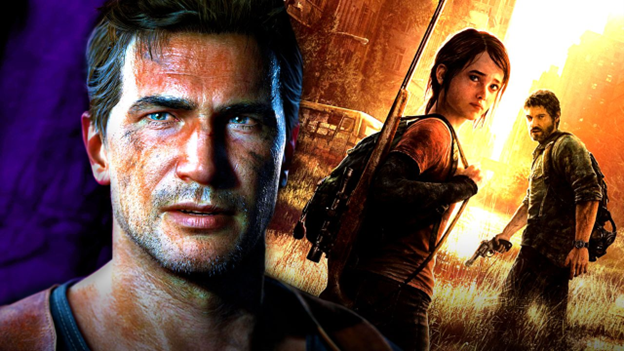 Reasons Why Uncharted Stands Out from The Rest

When it comes to an action-packed adventure game, Uncharted should be at the top of your list. Certain moments in the game give you the adrenaline rush that you need. One of the easiest things is to purchase these titles online through the PlayStation Store and download the games onto your PlayStation 4 or your PlayStation 5.

Here are some of the reasons why Uncharted could be considered one of the best series of all time.

The opportunity to get all the games at once

You can experience the adventures of Nathan Drake back-to-back without any delays or pauses in between. So be sure to purchase the bundle as soon as you can.

Read More:   Should You Buy Kids' Scooters and Segway for Your Children?

Ever since the first Uncharted came out, the game has been amazing in terms of gunplay. You have quite the library of weapons to choose from and you can even use rocket launchers and turrets at times. The physics of gunplay just kept getting better as the games progressed further and Naughty Dog went out of their way when they released Uncharted 4 and The Lost Legacy.

You need to be very accurate about the way you use your weapons and ammo because even though the ammo does not deplete and your resources are not limited like in The Last of Us, the accuracy still looks cool. Some of the guns are accurate and easy to use while some of the other guns need precision from the player. You can use powerful weapons like shotguns or snipers and you can use fast guns like SMGs. At all times you can also carry grenades with you for added damage.

Test your skills with stealth

It isn’t necessary for you to just jump in and start a riot by using your weapons but you can also kill people using stealth. You can test your limits using stealth and you can check how good you are strategical. Uncharted 4 also gave you the option to mark enemies, you just aim at them and hit the R3 button (press your right joystick). This tags any enemy that you wish to tag and you can easily keep an eye on their movements for better stealth tactics.

In Uncharted 4, you need to make sure you are not seen by your enemies as there is an alert meter above every enemy and it changes color if they are suspicious of movement or if they spot you.

Since the game is about adventures and history, there are certain moments when you have to solve a series of puzzles so that you could progress further in the game. These puzzles could be related to statues, could be engraved on walls or you might have to move puzzle pieces until you solve them. Throughout the games, you play as Nathan Drake as Nate uses his journal to figure out the clues and solve all the puzzles.

The best part is that you need to solve these puzzles in all of the games, whether it is Drake’s Fortune, Among Thieves, Drake’s Deception, A Thief’s End, or The Lost Legacy.

Something supernatural in the first three parts

In the first three parts of Uncharted, we were introduced to something supernatural towards the end of the game. (SPOILER ALERT) in the first part, we have to fight a couple of cursed Spaniards who turned into zombies because of the curse of El Dorado. In the second game, we have to fight the beasts of Shambhala who knock you out in one shot, which is why you have to be strategic about it. In the third game, since it takes part in Arabian parts, we have to fight people who have turned into djinns, and fighting them is quite a hassle.

Read More:   The Game Hack Of 2022 - The Artmoney Cheat software

These are some of the reasons why Uncharted is considered to be one of the best series of all time on PlayStation. It is the kind of game series that you just have to play otherwise you would be missing a lot.

The Game Hack Of 2022 – The Artmoney Cheat software

Should You Buy Kids’ Scooters and Segway for Your Children?