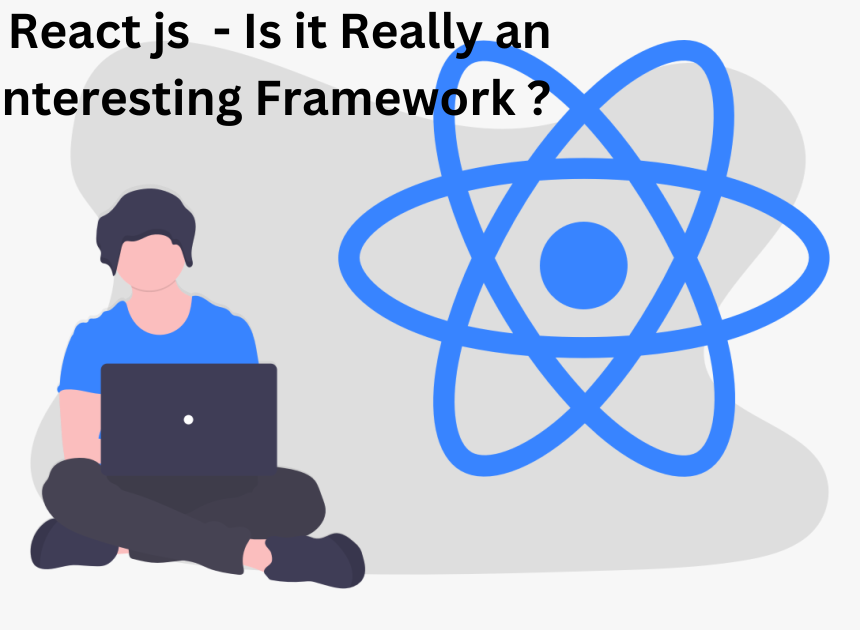 Frontend development is one of the emerging environment and new development tools are evolving daily for the frontline. There are various frontend technologies are avaialble in the market , among which Javascript has become the maket leader in the frontend environment. That’s the reason businesses often get confuse whilc choosing the best from available libraries and frameworks. A few years ago, Angular js was one of the most popular choices fro frontend development services. But Now React has overtaken the Angular in recent years and now it has become the game changer.

Now React js has been one of the leading technology in the world , therefore sometimes it becomes difficult to hire React js developer for the companies. Some companies outsource React js developers for their team.So, with this article we will look why there is so great about React and why it is the game changer in the market.

React js is commonly known as React and best considered for frontend development framework. It is one of the favourite technology among the developers. As per the latest reports, 42% of developers prefer React Native for building cross-platform applications and web applications.

The changes that React js has brought in the frontend development is tremendous. The developers were looking for MVC and MVVM etc. They have decided to introduce new architecture that is Flux , the sphere of JS frontend ecosystem. The idea behind introducing this framework is to seperate view rendering from the model representation.

What is React JS ?

React js is an open-source declarative and flexible JS frameworks , which is used to build declarative and scalable and fast frontend interfaces. It is best consider for developing single page applications and multi-page applications without loading the web pages. It is maintained by Facebook. The main benefit of using React js is it changes the data without reloading the web pages.

React can be used with combination of several libraries and frameworks like Jquery, Backbone and Angular JS. The main reason of using React js is it makes the frontend development faster . modular , simple and scalable.

Lets have a look on the features of React JS

A React application is consists of several components. This component-based approach in React js enales you to integrate and display the design structures. These components are the pieces of UI , it segregates the UI into several independent and usable parts which can be further processed seperately.

React usually has two kinds of components one is Stateless Functional Components and Stateful Class Components.

React js offers great developers experience to the users, which give good interfaces. The React developers are able to build web apps which are faster and can debug the screen easily with the components using React JS.

JSX is used develop robust and scalable user interfaces. React js allows the developers to write the HTML structures into the JS codes in the same file, which makes the code understandable and easy to debug.

React is based on the Virtual DOM method , which allows easy manipulation. The Virtual DOM changes that the individual object in the real DOM and not all in the other exisiting objects .

The Virtual DOM enables the React JS based web apps to run faster and smoother. React is the only JS platform , which can be downloaded quickly. Moreover , it does not require any configurations. The code splitting features of React js app reduces the load time considerably.

So, from the above things it has been clear that React js has so many interesting features which makes it really an interesting frontend framework. That’s why it has become one of the most popular programming languages in the world.

This Article has been published by – https://www.doodlefolks.com/

Software for Room Reservations in a Successful Hybrid Educational System

Where Can I Find the Best Android App Development Company in India?