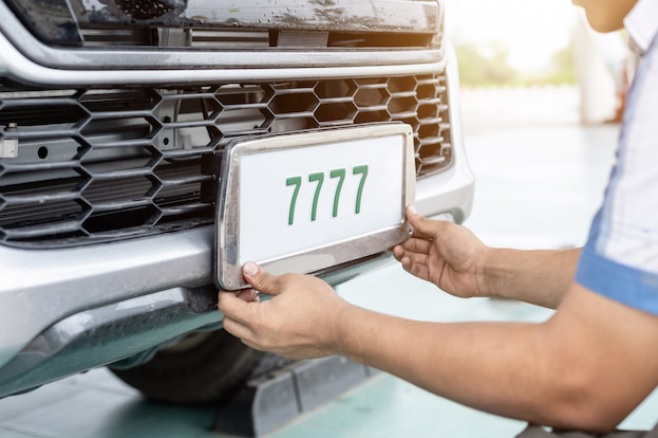 According to the motor vehicles act of 1988, all moving vehicles in public places must have a registration number authorized by a registering authority. A number plate, referred to as the official number plate, is given to the vehicle after the completion of the registration. Every license plate is unique, and no other car can or will have the identical plate anywhere in the country. 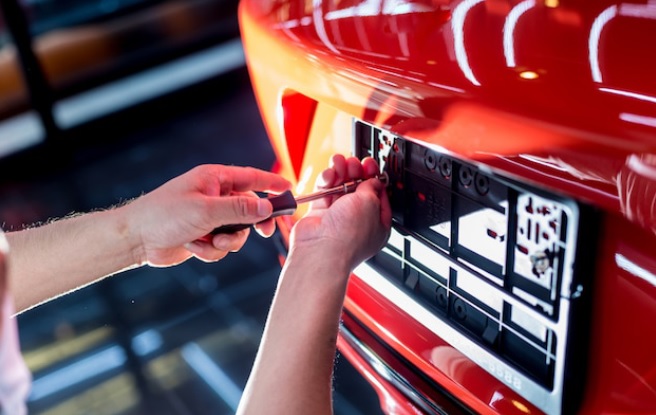 What are number plates, and why are they used?

A simple piece of acrylic is used as a number plate and is glued or screwed onto moving automobiles. But does it go any further than that? It’s a resounding NO! This is due to the fact that license plates are used for both legitimate and attention-getting objectives. A vehicle is granted a set of license plates primarily to provide it with a distinctive identity that can be identified whenever necessary. For instance, if the owner of a car opted to ignore traffic signals and was caught on camera, the database that connects the straightforward registration plates can be used to trace the vehicle back to its owner through a database that connects the plain registration plates to a detailed record of data, such as the car details, owner details and address details.

Everyone would be breaking the law if there was no number plate or other distinctive identifying markings on the vehicles on the road because no one would ever be able to be traced in the event of an accident, a speed camera flash, or if the police needed more details about a specific vehicle to solve a crime.

Read More:   Things to Consider Before Buying Alloy Wheels for a Car

To ensure that they are sturdy, reflective, and long-lasting for vehicles in all weather conditions, number plates in many nations cannot simply be manufactured on any material. Most nations also allow drivers to personalize their vehicle registration by purchasing number plates to identify their vehicle more distinctively. These are frequently referred to as private number plates or custom number plates and are gaining popularity around the World. When it comes to splashing the cash to acquire something basic like a registration number, places like Abu Dhabi are among the richest (which is not rare).

What are Private number plates?

How do Private number plates function?

There are seven characters on a modern license plate. In this order: a two-letter memory tag based on the location of your vehicle’s registration; a two-number age identifier based on the year of the vehicle’s purchase or registration; and three randomly chosen letters that greatly increase the distinctiveness of the number plate.

Read More:   Factors to Keep In Mind When Replacing a Mercedes Windscreen

It should be noted that a number plate’s age is based on the month and year of registration of the vehicle, not only the year in which the car is registered.

Private number plates are, therefore, unique, highly sought-after license plates that, usually because of their antiquity, vary from the current fashion. Less than seven-character private number plates can contain intriguing words, phrases or sentiments, and they also allow drivers to convey stories about themselves and their cars.

The DVLA created the cherished transfer scheme to allow drivers or motorists to create their personalized number plates.

Drivers will take notice of you because you are distinctive, whether you decide to acquire a humorous number plate or one that depicts what you do for a living. A private number plate is the epitome of originality. You can make any word or abbreviation you like because there are so many possible letters and number combinations- provided it hasn’t already been done. Apart from being different and having originality, private number plates are also preferred because they are a good investment and will help you disguise your car’s identity. If you have a fairly old car, then a private number plate makes it impossible for others to identify how old your car is.

The Importance Of Wearing Proper Clothing While Cycling

Things to Consider Before Buying Alloy Wheels for a Car

What Types of Cars Windows Are Available for Automobiles?