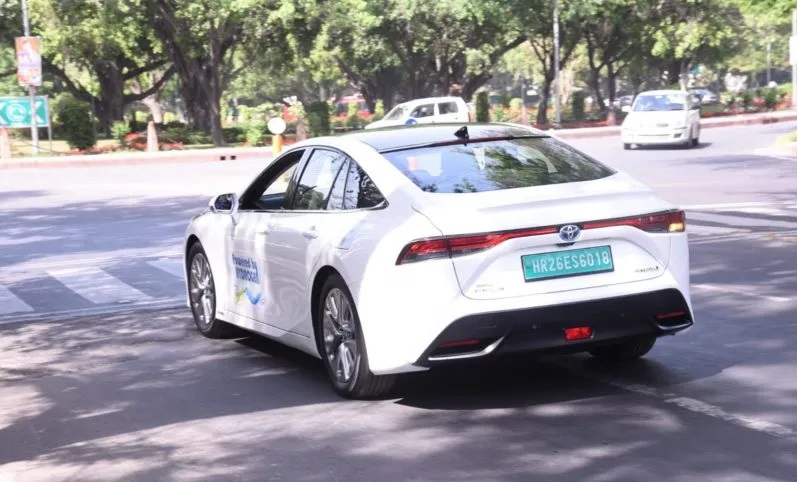 Now hydrogen cars are going to be seen hitting the Indian roads very soon. The much awaited first hydrogen car has started its journey in India. Union Road, Transport and Highways Minister Nitin Gadkari took a ride on it (Toyota Mirai) on Wednesday.

No Smoke, this Car Emits Water: 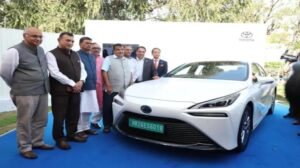 The Union Minister reached Parliament today riding in this advanced car. During this time, this car running on clean fuel remained the center of attraction of the people. This car has been made under the pilot project of Toyota company and advanced fuel cell has been installed in it. This advanced cell generates electricity from a mixture of oxygen and hydrogen. The car runs on this electricity. Only water comes out of this car in the form of emissions.

This car is eco-friendly:

The Name itself Means Future:

Toyota Kirloskar Motors (Toyota) recently launched its hydrogen car Toyota Mirai in the Indian market. Gadkari had launched this country’s first car to run on hydrogen fuel cell. Gadkari did not just call this car the future. Interestingly, the name of the car also has the same meaning. The word ‘Mirai’ in Japanese means future.

Read More:   Why Develop Decentralized Applications: A Guide to Dapps

Toyota has developed a hydrogen based fuel cell system for this car. Actually this is also an electric vehicle, which makes the necessary electricity to run using hydrogen. Hydrogen is supplied from its fuel tank to the Fuel Cell Stack. This car draws the oxygen present in the air around it. Then the chemical reaction of these two gases generates water (H2O) and electricity. Electricity is used to run the car, while water comes out of the silencer.