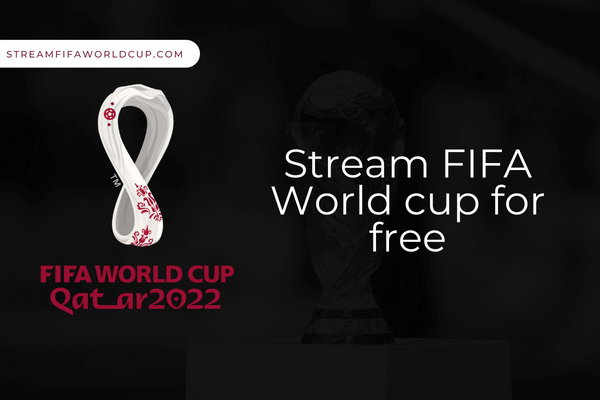 How to watch Fifa world cup 2022 free in USA online

This year’s FIFA World Cup is set to begin in Qatar. All the soccer fans around the world are preparing for an action-packed month of play. How to watch FIFA world cup 2022 free in USA this year may be something you’re wondering about. So, if you’re one of the millions of Americans who are tuning in, this guide is for you!

How to watch FIFA World Cup free in the USA?

The greatest option for streaming the FIFA Club World Cup with cable is the Fox TV network. In addition to that, all of the event’s games are available to watch on Fox, FS1, and FS2. By accessing the event’s official website, you can also watch it on your laptop or desktop computer.

FOX Sports asserted that it was a mainstay among TV networks. The television networks DISH and DirecTV both provide the station in their cable packages. The majority of cable operators’ entry-level bundles include the channel.

FS1 and FS2 are the two divisions of FOX Sport. FS1 or you can say; FOX Sports 1, is the primary sports channel in the FOX family.

Read More:   Introducing Some of the Finest Romance Films from Bollywood

Additionally, the networks of streaming sites like Hulu, fuboTV, and YouTube TV all carry FS1. This is the final option.

You can also watch games that are broadcasting on the channels while not in front of your TV by using the FOX Sports app. Only some sort of Cable subscription verification is required.

There are many devices on which you can watch the FIFA world cup. Some of the top devices are:

A Spanish-language television network in the US is Telemundo. Telemundo, the primary Spanish-language station for NBCUniversal, specializes in summer competitions and also broadcasts home games. It is also one of the top soccer networks in the United States as a consequence of its outstanding work.

Two of the most watched sporting events in the world are available through the network. They are also the Olympic Games through 2032 and the FIFA World Cup through 2026. A wide variety of live and studio content is delivered by them.

You can also catch Telemundo’s World Cup coverage on the following cable and satellite providers:

FIFA has launched FIFA+. It is a top-notch digital platform. It further connects football fans worldwide with the game they love.

Read More:   Use Of Social Media For Getting Organic YouTube Subscribers

Moreover, FIFA+ will give users access to live football matches from all around the globe. It will also provide interactive games, tournament details, news, ground-breaking, unmatched video e.t.c. This content tell the story of the men’s and women’s game on a truly global scale, and much more. FIFA is the first sports organization to ever provide its supporters with such a comprehensive streaming and multimedia experience.

By the end of 2022, FIFA+ will stream 11,000 women’s matches in addition to the equivalent of 40,000 live games each year from 100 Member Associations in all six confederations. Men’s, women’s, and youth football tournaments from around the globe are also now available on FIFA+.

Additionally, FIFA+ will offer unparalleled material that tells a worldwide story about both the men’s and women’s games. It will include full-length documentaries, docuseries, discussion programs, and films that have been translated into 11 different languages and highlight tales of local grassroots football teams, and footballing legends from more than 40 nations.

6 Strategies To Promote YouTube Videos And Boost Your Audience