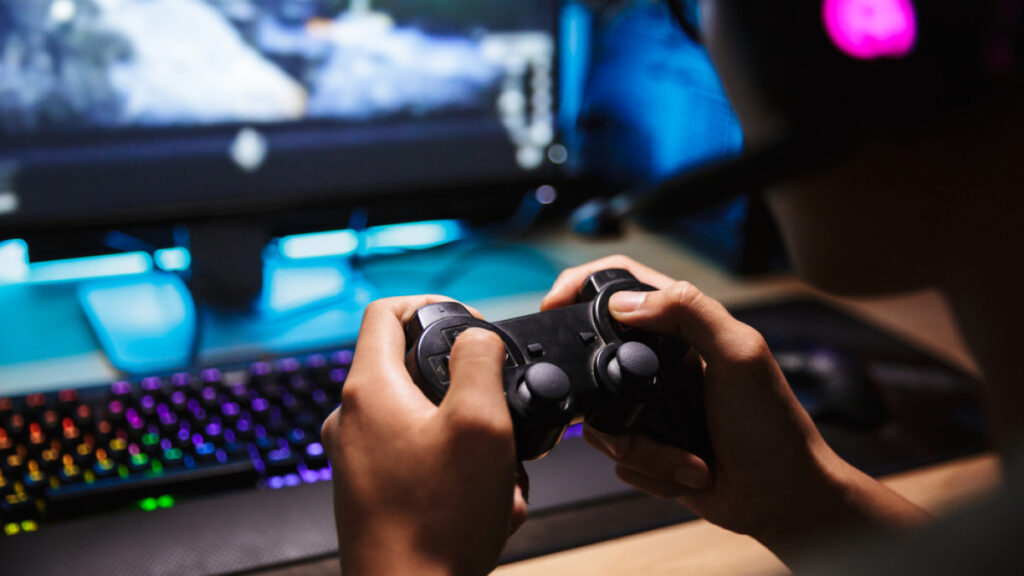 How Can Online Games Affect Your Life?

Gaming is a popular pastime for more than two-thirds of Americans. Gaming can be enjoyed as a hobby or distraction and is becoming more popular on college campuses. However, gaming can pose health risks. These are the dangers and what can you do to avoid them?

Does gaming have any positive aspects?

It is fair to highlight the many benefits of gaming before we get into the dangers. Gaming can be fun and entertaining, as well as a great way to connect with others — a virtual community — while they work together towards common goals. Our society suffers from an epidemic of loneliness, and gaming can be a vehicle to connect with others, including otherwise difficult-to-connect-with people in your life, such as kids, grandkids, or (I’ve seen this be quite helpful) autistic children, who can have challenges with traditional modes of communication.

What are the potential risks associated with online gaming?

While online gaming has many great benefits for young people there are also important risks that could impact their health.

Young people can find a way to escape the harsh realities of life. Some games also have a social component that can make them feel like they are part of a larger community. Children can become addicted to gaming if they are not given the right guidance about what games and when to play them.

Below are some tips and tricks to help young gamers make better gaming choices.

Parents worry about the effects of violent video games on their children. Do you think this concern is justified?

One small study in 2017 found that empathy was not affected by violent video game users. The American Psychological Association (APA), however, finds a “consistent relationship” between aggression and violent video gaming (though there is not enough evidence to link it with criminal violence).

Four large countries, including the United States of America, reviewed 24 studies that included 17,000 children. They concluded that violent video game players were more likely to engage in violent behaviors such as hitting or fighting. The World Health Organization (WHO), in June 2018, designated gaming addiction a mental disorder. Video games can be addictive for children.

Video Games have many benefits

Scientists and psychologists agree that video games can have some positive effects, especially in teaching abstract and higher-level thinking skills.

The brain’s physical structure changes when you play video games, just like it changes when someone learns how to read maps or play the piano. Exercise can build up the brain muscle. Combining concentration with neurotransmitter surges during games can help to strengthen neural circuits. This gives the brain a real workout.

Video games can help improve your mental abilities, such as:

What is gaming disorder?

2018 WHO Draft 11th Revision ICD-11 defines the disorder as “digital-gaming”, or “video-gaming” behavior that is characterized by impaired control of gaming, increased priority given to gaming over other daily activities, and continued or escalated gaming despite negative consequences.

Gaming disorder shares many similarities with Internet gambling disorder (IGD). This condition was identified by the American Psychiatric Association in DSM-5 as an area that requires additional research. IGD is not recognized by the APA at this time. To be considered a gaming disorder, the WHO criteria require that the behavioral patterns of the person must cause significant impairment or deterioration in their personal, family, educational, or occupational functioning for at least 12 months.

The WHO defines a gaming disorder as someone who has problems with controlling their gaming habits for at least 12 months. They will also have problems with other daily activities and work. Research has shown that gaming disorders may also be associated with anxiety, depression, and obesity. WHO suggests that people who are physically inactive for prolonged periods of time due to gaming could also be more at risk of obesity, sleep disorders, and other health-related problems.