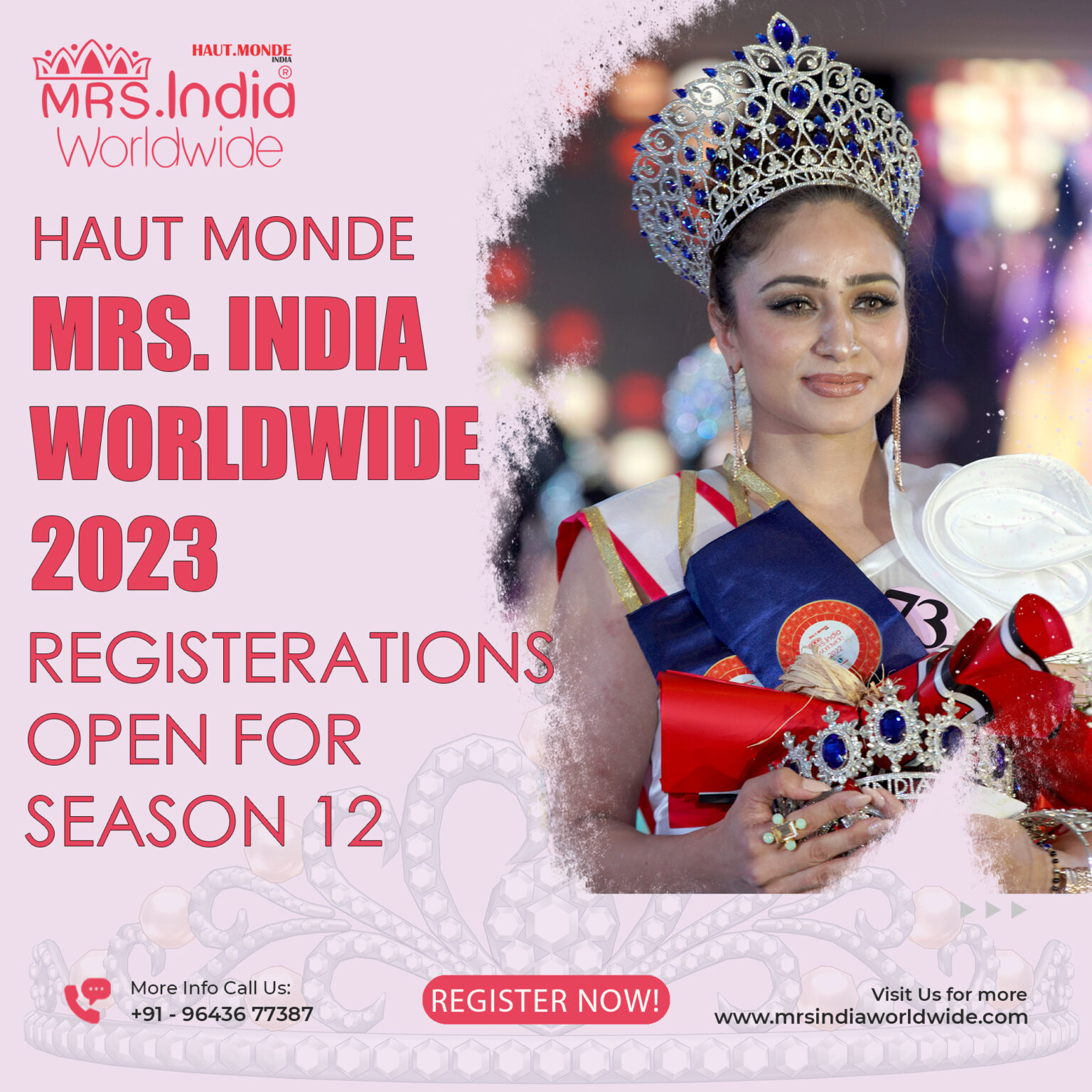 There are various initiatives to empower women in India. One such initiative is called Haut Monde Mrs. India Worldwide. The campaign supports women’s empowerment by organizing various activities. It aims to make women feel that they are important. The competition is open to women of all ages and backgrounds.

Ananya came from a traditional academic background and wanted to expand her horizons and develop her skills. She auditioned for the Haut Monde Mrs. India Worldwide 2022 pageant as the East Zone.

The event was held at the Hilton Garden Inn in Ras Al Khaimah, UAE. It was organized by Bharat Bhramar and Sylvie Rodgers. The winners and first runners up of each zone were announced. The top five ladies received a beautiful crown and sash.

She also has a varied background, having worked in the finance industry as a portfolio manager for the financial services giant Morgan Stanley and as a financial journalist with Money control. Recently, she decided to enter the world of fashion and won the titles of Mrs. Active at Haut Monde and Mrs. India Worldwide. She has also appeared on television shows such as Democracy Now! and has contributed to a variety of causes.

The prestigious pageant, Haut Monde Mrs. India Worldwide, is now in its 2022 season. The event is now the longest running in the world and features contestants from 21 countries. Around 112 contestants converged on Ras Al Khaimah to participate in the event. The judges of the event included Bharat Bhramar, Sylvie Rodgers, Rony Kaula, Preeti Gautam and Manjari Guptam.

Amisha Sethi, Mrs. India Worldwide 2020, is a multi-dimensional woman who believes in living life to the fullest. She is a mother of one, philanthropist, and fitness coach. She is also the author of the bestselling book, ‘It Doesn’t Hurt to Be Nice.’ Sethi also studied marketing at Amity Business School.

The award ceremony took place at JW Marriott in Bangalore on December 22, and Amisha Sethi received the social media Queen of the Year Award. The Social Influencers and Bloggers Awards celebrate and recognize India’s leading bloggers and social influencers. She has a wealth of experience in using social media to make a difference at scale.

Sethi has worked as a corporate leader for more than a decade. She has also published a book and left her job. Though she doesn’t plan to join the modeling industry, she learned to ignore negative remarks. This has helped her immensely. She has become a very effective leader in her field, and she has been recognized globally.

The competition aims to create a more positive and diverse environment for contestants. In order to do this, it brings together contestants, trainers, media professionals, and groomers. The organization is known for its innovative grooming modules and social media tasks. The competition is highly competitive, with thousands of women applying for a spot in the pageant. It also follows a rigorous selection process.

Shilpi Agarwal is the reigning Haute Monde Mrs. India Worldwide-2022. She hails from Jamshedpur, India. She is married and a housewife. In fact, she is the only housewife from Jharkhand to have qualified for the competition. The pageant aims to turn married women into successful fashion icons and establish their identity as professionals and entrepreneurs.

While a working woman at Telco, Shilpi has always been passionate about fashion. After completing her engineering degree, she was inspired by her modeling agent, Sam Stephen. Eventually, she was nominated for the title of Miss India Photogenic 2017 by Urvashi Rautela and Madhur Bhandarkar. The title gave her the opportunity to show off her modeling skills. She has done several commercial shoots, such as those for Marshal Women Safety and A1 Recharge solutions.

In a recent pageant in the UAE, Pooja Badlani was crowned the Mrs. India Worldwide Queen – Element Air. She is an internationally certified Image Consultant and Soft Skills Trainer. Her winning appearance brought the title back to Gujarat after a seven-year hiatus. The Mrs. India Worldwide pageant honours married women for their distinct personality and exemplary strength.

Pooja Badlani’s journey to the title helped her re-define herself and reveal her ardour for helping people. She also discovered her passion for coaching and serving others and is now a licensed Image Consultant and Soft Skills Trainer. The pageant has been revolutionizing the beauty pageant industry for over a decade.

Following her successful campaign for Mrs. India Worldwide, Pooja is now taking her talent and beauty skills to the next level. She won the elemental queen contest and wowed the judges and audience with her performance. Pooja redefined herself after the contest, discovering her love for helping people and developing people. Her relentless patience, self-motivation and positive mindset have helped her to create a unique success model.

This collection contains a variety of Fear of God Essentials

Everything you Should Know About Microblading