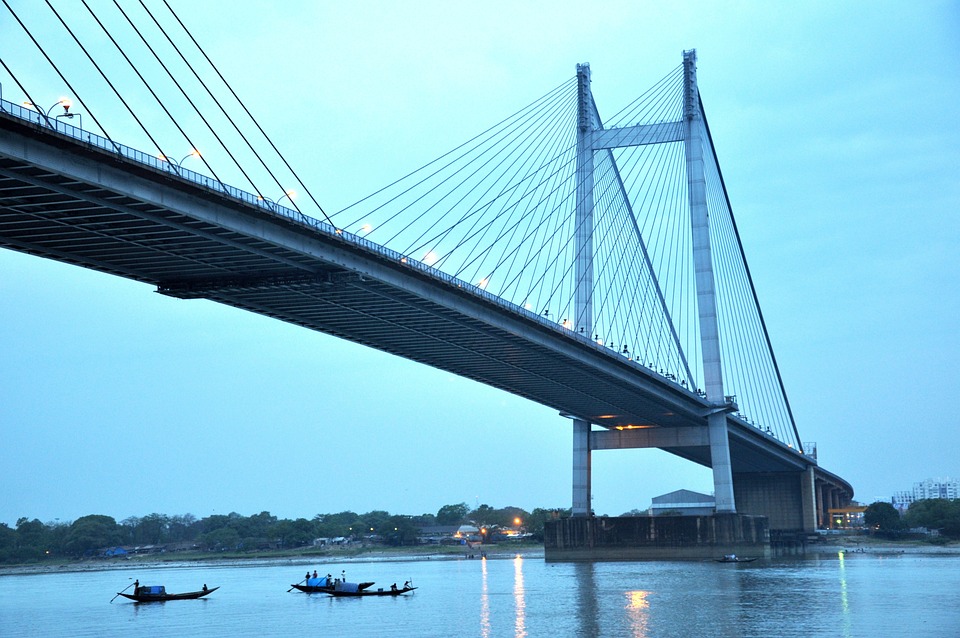 4 Must Visit Historical Places in Kolkata

Kolkata the City of Joy , has a rich historical legacy that dates back to more than 300 years.

Being the hub of Bengal renaissance in the 19th and 20th century, Kolkata has an illustrious past that can be seen in the architectural marvels and historical structures of the city.

If you are a history buff who wants to experience the old world charm of the city, there are many amazing places that you can explore to get a glimpse of the past.

Read on to the must visit historical places that should be on your list if you want to walk down the lanes of history and witness the charm of the place:

This iconic structure over river Hooghly is one of the most popular tourist attractions in Kolkata. The massive steel bridge that is 7 feet wide and 1500 feet long is a perfect example of architectural brilliance.

It is counted among the longest cantilever bridges in the world and carries a traffic of more than one lakh vehicles every day.

The unique thing about the structure is that it is built without using any nuts and bolts. Witness the opulence of this majestic landmark at night when it is beautifully lit up.

This stunning piece of architecture was built in 1921 to honour 25 years of rule of Queen Victoria. It is a perfect example of the exceptional British architecture that is worth admiring.

Counted among the most popular historical places in Kolkata, this white marble memorial is spread over 60 acres of land and houses a museum and as many as 21 gardens. If you have an interest in history, do spend a day here exploring the art galleries, sculptures, books and artefacts that tell the story of the British age.

Read More:   Six routes to consider while conducting travel in 2023

You can end the day by having a gourmet dinner at a nearby restaurant. Heading to Alfresco at The LaLiT Great Eastern Kolkata, one of the best restaurants in Kolkata, would be a good idea. Located in the vicinity of Victoria Memorial, this restaurant offers authentic Kolkata dishes as well as cuisines from around the world.

This magnificent monument is another historical marvel that is worth visiting on your trip to Kolkata. Situated on the eastern bank of Hooghly river, this fort was built in 1696 by the British East India company.

Taking inspiration from Gothic and Greek styles of architecture, Fort William has a number of arched windows through which you can see the lush green gardens.

It has six entry gates and each one offers stunning views of the city. Come here at night and you will see it gorgeously lit up with hundreds of lights.

Also Read : Head To These Markets In Kolkata For The Best Handicrafts

Built in the year 1829, this is one of the most visited historical places in Kolkata. At that time, it was called Ochterlony Monument in the honour of Sir David Ochterlony and his victories.

Later in 1969, the fort was re-dedicated to all the martyrs who participated in the freedom movement of India and renamed as the Shaheed Minar. This major landmark is almost 50-metre-high and thus offers amazing views of the entire city from the top.

Do visit this monument that is dedicated to the martyrs of the Indian army and thus holds a special place in people’s hearts.

Now that you know the popular historical places in the City of Joy, do explore them on your next trip to the city. To make your stay in the city stress-free and luxurious, it is best that you choose one of the 5 star hotels in Kolkata for accommodation.

Equipped with all the world-class amenities, a 5-star hotel will make your trip all the more memorable. Have a great trip!

Coorg Tour Package: a guide to this beautiful place